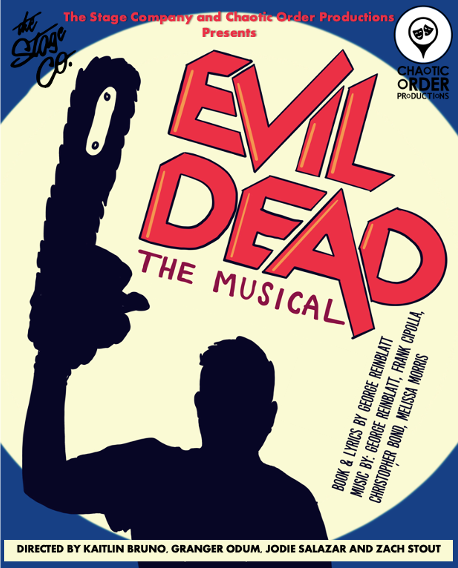 Book at Lyrics By:
George Reinblatt

(Musical Comedy) “Evil Dead: The Musical” follows five college students as they spend the weekend in an abandoned cabin in the woods and accidentally unleash an evil terror.  In this comedic take on the 1980s horror franchise, characters and demons sing and dance to songs written specifically for the musical.  The musical takes creative liberty with the plot line of the movies, mixing together the characters and concepts of all three, as well as changing sequences for the sake of the stage and comedic intent.

To purchase tickets in the “splash zone” for this show, click on the blue “Ticket” button and then click on the event labeled “Evil Dead: The Musical Splash Zone Seating”.  Please note that there are a limited number of “Splash Zone” tickets available for every performance.